The Feel-Better Science of Smiling 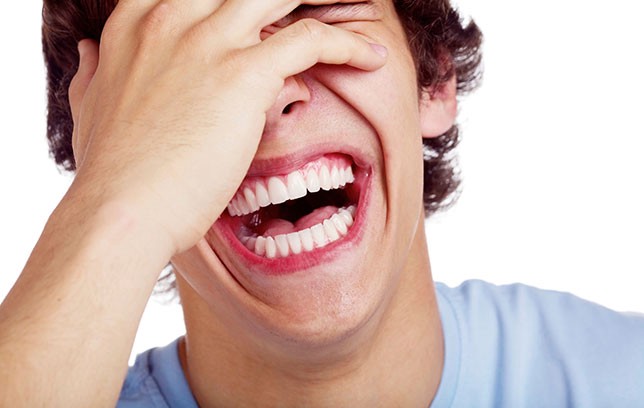 As the seasons change and the days grow colder and shorter, many people experience a letdown in mood. Sometimes this can happen as the result of seasonal affective disorder, a type of depression that often starts in the fall and may continue through the winter months.

In many cases, though, a person may not have a diagnosable mental health condition— they just feel sluggish, apathetic, and a bit sad or down.

That makes a new study conducted by Stanford University, with help from Florida State University and the University of South Australia, of timely, practical interest to anyone who could use a lift in mood. (The October 2022 study appeared in the journal Nature Human Behavior.)

How Smiling Can Brighten Your Mood Even if You’re Posing

The study set out to know whether people’s emotional states could be influenced by their facial expressions. It found, promisingly, that the sheer act of smiling can brighten a person’s mood. In fact, after collecting data from 3,878 respondents from 19 countries, the researchers observed not just a brightening effect but a “noticeable increase in happiness” in people who were asked to smile in at least two ways.

Both these exercises reportedly produced “noticeable increases in happiness,” the implication being that you can feel better by smiling even if you don’t feel like smiling.

The researchers tested a third form of smiling as well, to see whether it, too, produced the same results. Dubbed the “pen-in-the-mouth” technique, it was supposed to simulate the shape of a smile. In this case, there was not a noticeable lift in mood. (One of the researchers speculated that maybe the pen-in-mouth facial movement did not sufficiently mimic a smile, whereas the first and second exercises did.)

The Link Between Smiling and Positive Emotions

This study is not the only one of its kind recently. Earlier research at the University of South Australia in August 2020 found that smiling has a positive impact on both facial and body expressions.

The researchers concluded that it’s possible to “trick” the brain into being more positive— but how exactly? “In our research we found that when you forcefully practice smiling, it stimulates the amygdala—the emotional center of the brain—which releases neurotransmitters to encourage an emotionally positive state,” the study’s lead researcher said.

Faking It Until You Make It and Other Takeaways

One implication of this research is that there is a case to be made for “faking it til’ you make it,” as the saying goes. If you’re feeling a bit down or have a mild-to-moderate case of the blues, smiling can be a pick-me-up— even if it’s forced. Whether it’s with friends, family, and colleagues or staged in front of the bathroom mirror, smiling can mitigate the mood-dampening effects of seasonal changes and other stressors in today’s context.

These studies are a reminder to smile more in the face of adversity because smiling can help us feel better. However, there are times when pretending to smile could be harmful and when faking it until you make it could endanger your health and livelihood. If you are struggling with crippling symptoms of severe depression, anxiety, or a substance abuse problem, it can be tempting to put on a fake smile and pretend that you’re alright when you’re not. Don’t. Call a healthcare provider that can help, or, if you’re having suicidal thoughts, call the Suicide and Crisis Hotline at “988.”

Why Can’t I Watch Films With MPG Ratings

Why You Should Check Out Kuttyweb